…we must adjust our goals to our abilities and circumstances at every stage of life, and how more modest avodahs... 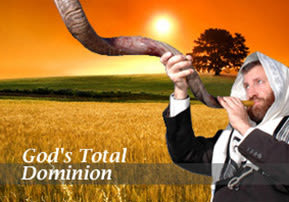 The moon is concealed, yet we affirm our belief in god even when He does not reveal Himself. When we can declare, by faith alone, “God is King...

4 min
Wake Up And Ask

3 min
Preparing To Meet The King

New at the Breslev Israel store!   Specially packaged for travelling, this popular card game features gorgeous scenery from the land of Israel. A wonderful way to spend quality and fun time with friends and family as well as to enjoy looking at the beautiful land of Israel. English.   Wonderful gift item! Order today!

"...Who separates between holy and profane ..."   "Seder Havdalah" with spices - designed with beautiful decorations in shades of cream and brown. Includes the prayers of Havdalah with a special addition of spices.   A good week begins with Havdalah!    Recommended as a gift!

Sticker – There is Non Other than Him

New!   A blue, hamsa-shaped sticker with the caption: There is Non Other than Him. Hebrew. 16x23 c"m.   Cute item! Order today!

New at the Breslev Israel store!   A special and pretty mezuzah for the car in a hamsa design, blue hues and the letter "shin" in blue. Includes adhesive strip. 6 c"m.   A special and unique item. Nice gift item!