Our souls are so ill that the Tzaddik must pour priceless medicine (in books) over us with the hope that it will enter our souls to bring a spiritual recovery.

Rebbe Nachman related an interesting parable about the power of his books:
A king's son was so ill that the doctors despaired of his recovery. A very wise doctor arrived in the kingdom and truthfully explained to the king that although the prince had almost no chance of getting well, there was one remedy that they could try as a last resort. “But I do not know if I should even bother telling you about it, because I doubt that you will be willing to do it."
The king, however, insisted that he would do anything to cure his beloved son.
“Your son is too ill to swallow," the doctor began. "There's one particular medicine that costs several thousand gold pieces per bottle. If you want your son to get better, you must pour barrels of this precious medicine on top of him. Although most of the medicine will go to waste, some of it will enter the prince's mouth. As a result, he will gradually grow stronger, and he may even recover.”
The king instructed his servants to follow the doctor's instructions. The prince eventually recovered.
Our souls are so ill, that the Tzaddik is forced to pour priceless medicine over us with the hope that some of it will enter our souls to bring us a spiritual recovery.
Our generation is suffering from illnesses of the soul: depression, sadness, etc. The Tzaddik, the ever-faithful doctor, must pour, so to speak, the precious wisdom of the Torah over us, so that although it may appear that all is lost, a few drops of this holiness will enter our hearts and souls to affect a full physical and spiritual recovery.
(Taken from Likutei Moharan, his wisdom and books, 60, 52)
Here is a list of Breslover books containing the Rebbe's precious medicine:
Likutei Moharan  – The essence of Rebbe Nachman’s teachings; almost four hundred lessons relating to and dealing with all aspects of life.
At first, the lessons were transcribed and distributed as handwritten booklets. In 5565, the Rebbe's foremost disciple, Reb Noson, began collecting the discourses and in 5569, the first printing of the book took place in the city, Ostraha, Ukraine. The Rebbe said that this book is the beginning of the Redemption.
Sefer HaMiddot ("The Book of Attributes", translated as The Aleph-Bet Book) – A collection of sayings, arranged by subject and containing the distilled wisdom of the Torah on all areas of life, spiritual and physical.
Rabbi Nachman’s Stories – Thirteen stories conveying the profoundest mystical secrets, containing the power to guide people on the paths of truth. The Rebbe said about this book that its intention is to spiritually arouse people from their sleep. “And now I will start telling you stories…”
Tzaddik – This is a translation of Reb Noson's book, Chayei Moharan, a biographical portrayal of the Rebbe, including numerous conversations, information relating to his lessons and a variety of his sayings, stories, dreams and visions.
Rebbe Nachman’s Wisdom – This is a translation of Rabbi Natan's books, “Shevachey HaRan and Sichos HaRan, which contains the Rebbe’s most often quoted teachings, its subjects ranging from simple everyday advice to the most esoteric Kabbalistic mysteries. It is where the Rebbe presents a life that has both depth and meaning.
Likutei Etzot (Translated as Advice and A Bit More Advice) – This book brings direct advice on any situation and during any time, gathered and put together by Rabbi Natan, taken from the many lessons and wisdoms of Rebbe Nachman.
Likutei Halachot – Rabbi Natan composed these few volumes of books on Halachos, the Codes of Law, following the order of the Shulchan Aruch emphasizing the connections and deeper meanings of the Halachos according to the teachings of the Likutey Moharan. 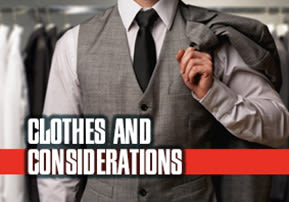 Clothes exert a tremendous influence on a person; therefore, one must be careful to have the right considerations when choosing clothes; what are they?

A unique tallit and tefillin set in imitation black and gray leather with embroidery!   Two spectacular bags in beautiful black with a deep gray panel across the front. The surface of the bags has a special leather-like texture. On each panel is embroidered in Hebrew which bag it is - tallit (טלית) or tefillin (תפילין).   The bags come in a hard nylon case with a zipper for safekeeping.  <p style="font-size: 13px; font-family: Arial, Helvetica, sans-serif; white-space: normal; word-spacing: 0px; text-transform: none; font-weight: 400; color: rgb(0,0,0); font-style: normal; text-align: justify; orphans: 2; widows: 2; margin: 0px; letter-spacing: normal